Our dearest Dene Roth is one of our Full Service Wedding Planners. She has been with the Blue Water Weddings Family for two and a half years now. Alongside being a wizard of weddings, Dene is a dedicated dog mama to her “little side kick”, eight month old French Bulldog Néla. She is also a seasoned scuba diver and yogi. Dene even dares to befriend those in the ocean blue with (extra large) fins and (extra sharp) teeth!

Dene studied events in college and was the Director of Special Events for her university. After that, she became a scuba diving instructor. Soon enough, being in the deep blue with her event-centered heart led her to finding her way to Blue Water Weddings. She attributes her love for events to being “painfully organized”, and having a passion for bringing all the Big Day pieces together to reveal the most perfect puzzle. To fuel herself to work as hard as she does, she credits everyone’s favorite caffeine companion: coffee. 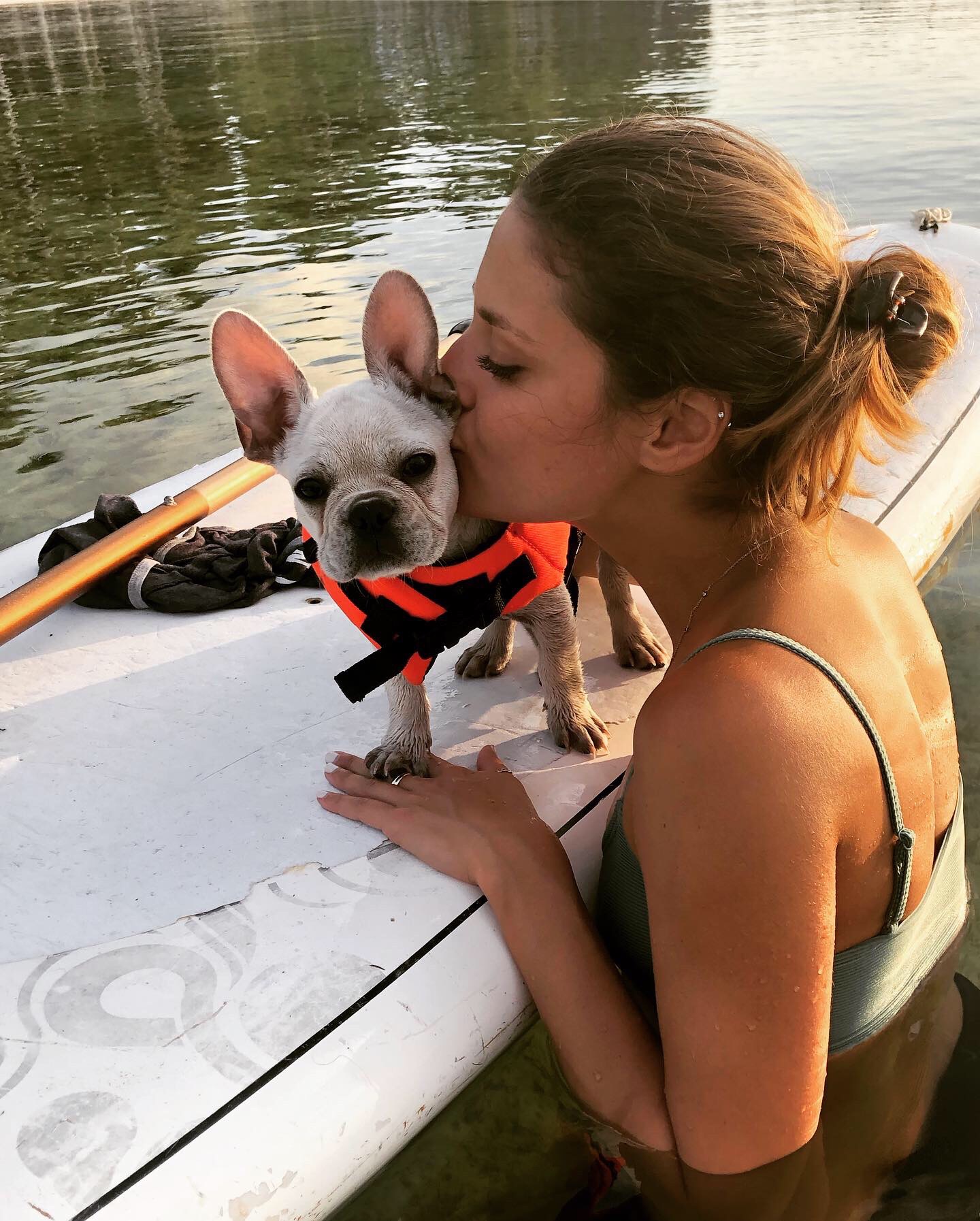 Dene finds constant inspiration in both her work family and her biological family. While she’s excited throughout her work hours by working among such an incredible team of women, she also finds encouragement from her parents. She goes to them for guidance, and continuously admires everything they have taught her. 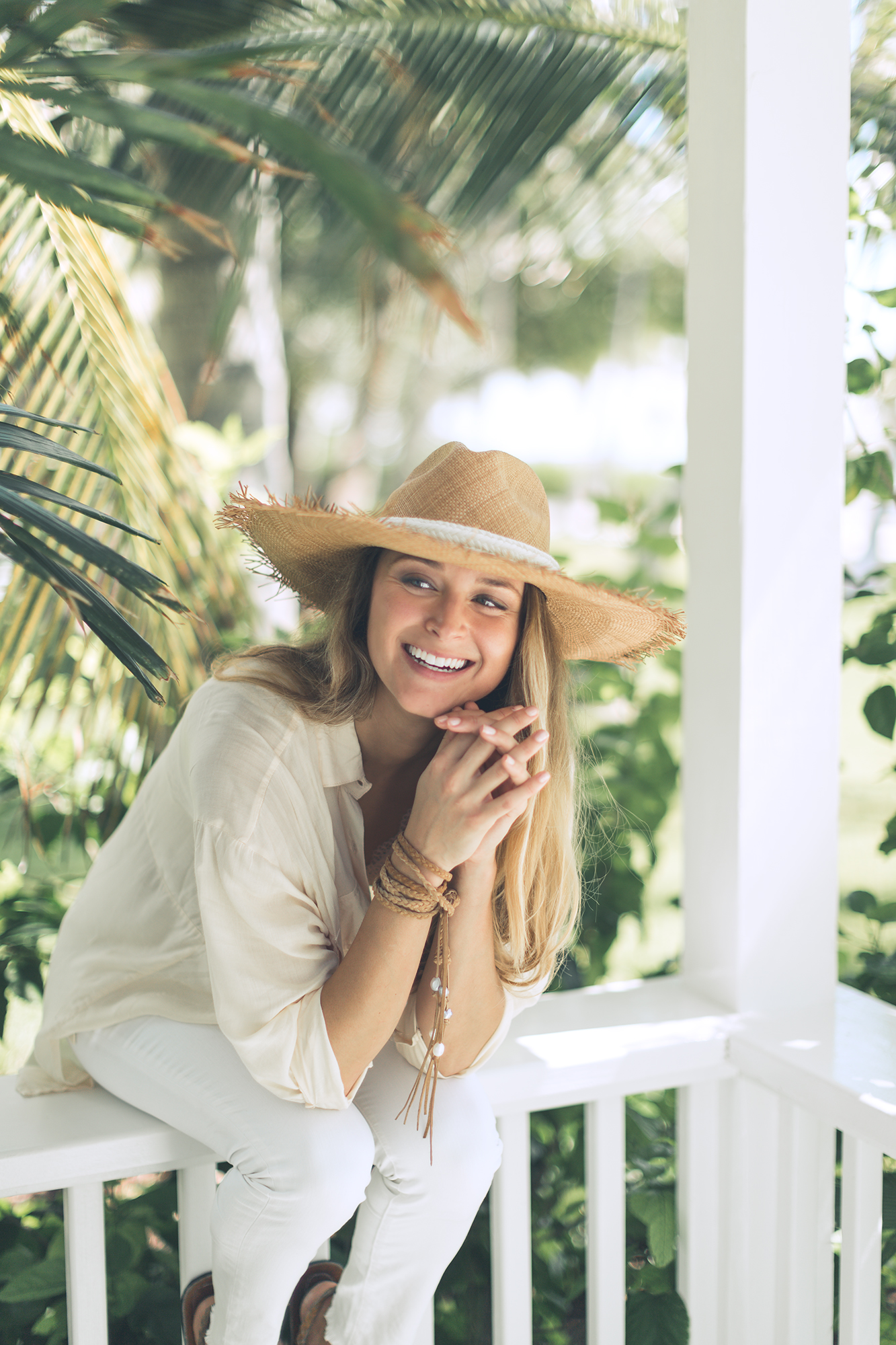 Dene’s top tip to newly engaged couples? “I would recommend planning your honeymoon several months after the wedding. That way, you have a minute to breathe after all the excitement, and a fun trip to look forward to!” We could not agree more!
Dene collects quotes in a journal for continued inspiration, and one of her current go-to favorites is:
“As long as you are breathing there is more right with you than wrong with you no matter what is wrong.” -Jon Kabat Zinn
As she thinks forward to 2020, her hopes include continued growth in all aspects of life. In her adoration of travel, she is hoping to plan a scuba diving trip somewhere in South East Asia someday soon.

While we enjoy this season of gratitude, we are feeling extra thankful for Dene and all that she is and aspires to be. Cheers to Dene, fur baby Néla, and continued deep dives: in the ocean blue and with our Blue Water Weddings Family. 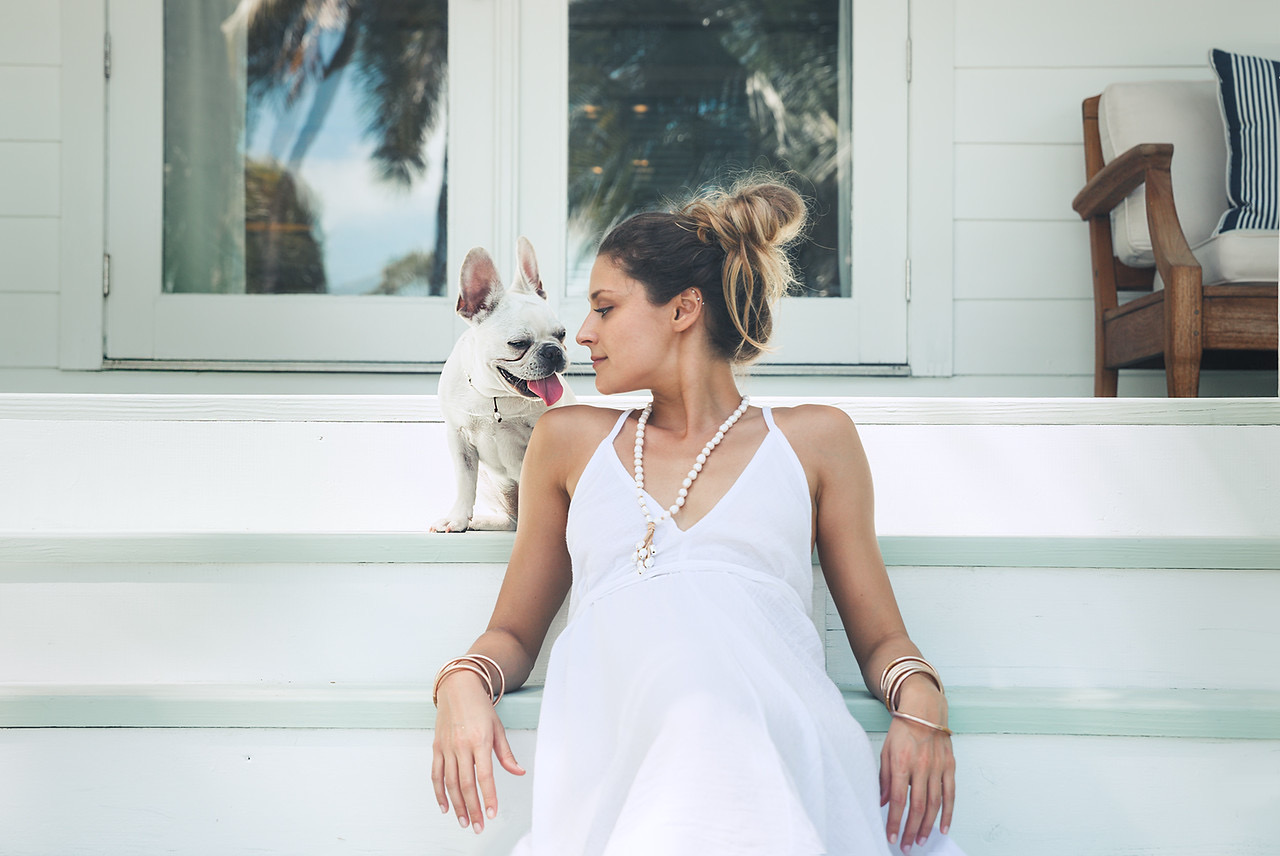